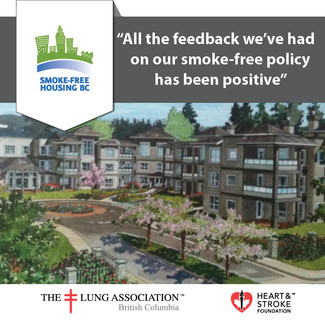 Magnolia Gardens on the Park is a new condo development in Prince George. Kim Croft and her husband have taken bold steps to ensure every unit they sell is smoke-free.
Media Contacts