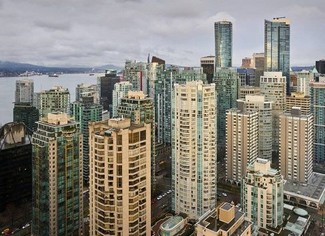 Following the BC government’s recently proclaimed Smoke-Free Multi-Unit Housing week during June 24 to 30, 2019 -- the BC Lung Association, Heart and Stroke Foundation and Canadian Cancer Society, partners in the Clean Air Coalition of BC are asking the government to exercise its power to drive progress on the issue of unwanted exposure to second-hand smoke in BC rental and owned apartments, condominiums and townhome dwellings.

Following the BC government’s recently proclaimed Smoke-Free Multi-Unit Housing week during June 24 to 30, 2019 -- the BC Lung Association, Heart and Stroke Foundation and Canadian Cancer Society, partners in the Clean Air Coalition of BC are asking the government to exercise its power to drive progress on the issue of unwanted exposure to second-hand smoke in BC rental and owned apartments, condominiums and townhome dwellings.

For more than a decade the Coalition  has  worked to equip multi-unit housing providers with resources needed to voluntarily implement 100% no smoking policies (smokefreehousingbc.ca), but despite clear health, financial, maintenance and fire prevention benefits, there remains a scarcity of 100% smoke-free housing options, in particular social and low-cost rental housing, and strata corporations.

“Existing regulations and tenant/owner rights processes make it extraordinarily difficult, time-consuming, costly, and seldom effective for residents, strata management, and landlords, to affect change on their own,” said Jack Boomer, Clean Air Coalition of BC spokesperson. “We need government intervention. Creation of more 100% smoke-free multi-unit housing options should be a health promotion priority.”

In an effort to help government, Coalition partners submitted a report containing practical recommendations in June 2016. They also continue to survey British Columbians living in multi-unit housing – most recently in 2018 – confirming time and again that the vast majority of residents would prefer living in 100% smoke-free housing.

“There are practical ways government can make positive change on this issue, changes British Columbians want to see,” Boomer continued.

One of the Coalition’s recommendations includes making it possible, under BC’s Residential Tenancy Act (RTA), for landlords to implement premise-wide no smoking policies that apply to all tenants, with no grandfathering requirements. The aim not being to interfere with individual lifestyle choices, but to prioritize the public health protection of those who choose not to smoke. Tenants who smoke would be made aware of free quit smoking supports and have six months to comply to the premise-wide smoking ban.  Currently, it can take years for a landlord to convert a building that permits smoking to 100% smoke-free status.

“We regularly get calls for help from renters experiencing second-hand smoke infiltrating their apartment due to chain-smoking neighbours. Under current tenancy laws, if the neighbour moved in prior to the establishment of a 100% no-smoking policy, they would be grandfathered, and permitted to continue smoking as long as they remain in the unit, making it more difficult to resolve the issue of second-hand smoke, " said boomer

The Coalition’s report also recommends government declare all new strata corporations 100% smoke-free by default versus a contrary regulation in place today which requires a ¾ vote of owners to ban smoking inside units and/or on balconies. A no-smoking default requirement means that if strata owners want to allow smoking in the building, they would require a ¾ vote to make this happen.

One case in point and a recent far-reaching media story is that of Langley strata condo owner Naomi Baker. She and her husband had been dealing with the second-hand smoke infiltrating their home due to a neighbour’s smoking for several years.

In a related interview Baker said, “A person who smokes can go outside. They can use a nicotine patch or gum. There are others ways for these individuals to partake in their lifestyle choice responsibly. I have no choice to breathe.”

Baker initiated an online petition asking that the government intervene and successfully garnered support from over 17,000 British Columbians.

In a more recent update Baker has shared encouraging news about her own living situation. “After 3 years we now have a complete smoke-free property bylaw in place, voted in at our March 2019 AGM. It is like night and day. We are so happy to have a smoke-free home and are grateful to our neighbours for observing the bylaw change. Making changes at a provincial level to default smoke-free just makes sense. Individuals and families shouldn’t have to wait so long and have to fight so hard to secure clean air in their homes.”

“One in two British Columbians live in multi-unit dwellings, and given the high cost of housing, and our aging population, the proportion of people living one atop and aside one another will continue to grow,” said Boomer.

“We field second-hand smoke complaints almost daily; complaints which are compounding since legalization of marijuana,” he continued. “Exposure to second-hand smoke in multi-unit housing is a preventable health risk. It is something the majority of British Columbians want to see addressed, and something government has the power to do something about. ”

Coalition partners recognize that some people feel strongly they should be free to do what they want in their own homes.  “If people who smoke were only a danger to themselves we feel that argument would have merit, but when their smoke infiltrates neighbouring homes, those families are inhaling the same toxic fumes as the smoker.  Ventilation cannot contain the smoke and there’s no escape,” said Boomer.